Opening hours of the photo festival

CC Palethe is the perfect starting point for visiting all Lens op mens exhibitions. It is very centrally located on the route and there is plenty of parking.
Route maps and information brochures are available at CC Palethe, Pelle Melle service center and at the local bars and restaurants.

Along the route there is a wide range of catering establishments where you can take a break with a refreshing drink and a tasty bite. 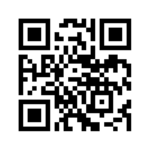 The 2 km route runs along the streets and squares in the center of Overpelt and is permanently accessible.

Scan the QR-code using the route.nl app and see the and view the exhibition route directly on your smartphone.

This is a direct link to the walking route at route.nl https://www.route.nl/wandelroute/589994/lens-op-de-mens

Official opening of the festival with awards ceremony at CC Palethe

Marco Mertens started his career as a rock photographer and soon got names like Madonna, The Rolling Stones and Pearl Jam in front of his camera. He later focused on making portraits. Known and unknown people are immortalized by him. The only condition: they always have a story to tell. He is the winner of the Nikon Press Photo Award 2006 and has been the ambassador of Leuven since 2010 as a city photographer. For many years he has provided the cover for the CC Palethe program brochure.

On Monday 3 June, Marco Mertens will give a lecture in CC Palethe about his 25-year career as a portrait photographer. He takes us through the stories of the people who appear in front of his lens and tells us about the unexpected situations that he often faces as a press photographer, about his approach, and how he can turn unfortunate light situations and scenery into exciting and authentic photos. Marco is full of juicy anecdotes and speaks with the necessary self-perspective. 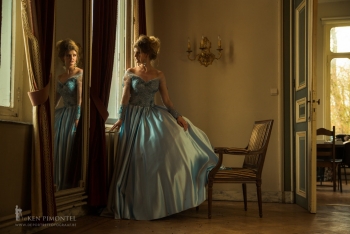 Ken Pimontel won the Bronze medal from the professionals during the first edition of Lens op de Mens in 2017. One of his portraits was exhibited in very large format on the facade of the town hall.

During the 2019 edition, the work of Ken Pimontel can be admired at Lens op de Mens, both at the open air exhibition and at the guest exhibitions of the winners of the 2017 edition. In his ‘cinematic portraits’ workshop, Ken teaches you to make timeless portraits of real people as of characters in a fictional story. In his method, he opts for thorough preparation, pure lighting, classical composition and a sensitive color palette. As the location for the workshop we chose the chapel of the WICO Campus Mater Dei in Pelt. Together with Ken you learn how to make creative portraits, where the entire story is right. The setting, clothing, poses and looks.

In cooperation with BREEDBEELD
More on page ‘Guest exhibitions’ 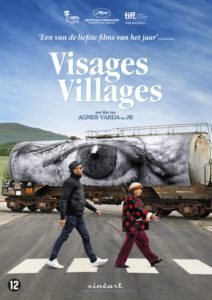 Faces Places (French: Visages Villages) is a 2017 French documentary film directed by Agnès Varda and JR. It was screened out of competition at the 2017 Cannes Film Festival where it won the L’Œil d’or award. It was nominated for the Academy Award for Best Documentary Feature at the 90th Academy Awards.

Varda and JR visit villages and small towns throughout France to meet communities of people and create large portraits of them to plaster on the surroundings. 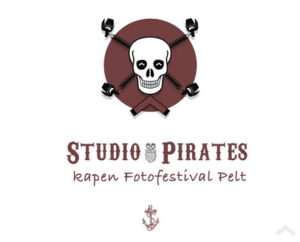 At the Pelt photo festival some highly experienced photographers let you look over their shoulder. During some studio setups you can see how they work, from setting up the lighting, handling the models, and a glimpse on post production.

Suggested themes are baby (newborn), young children, families, a typical model shoot, a couple and some classical portraits and profile pictures, depending on what people are interested in and on the models present (in the audience).

DO YOU DARE TO TAKE LIFE PHOTOGRAPHS during a professional studio setup (under supervision)? You can bring your own models.
Email to FEP@vzwstudio.be

Exclusively reserved for professional photographers.
But everybody is always welcome as a model or a spectator during one of the photo shoots.
CC Palethe, 14 u – 18 u 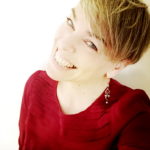 Wendy Marijnissen is one of our guest photographers. She exhibits her work in the Sint-Josef residential and care center in Neerpelt.

In 2009 she traveled to Pakistan for the first time. During the following 3 years, she worked in Pakistan and focused on photographing the issues surrounding pregnancy and birth. From fistula, traditional midwives to pregnancy in a refugee camp, after the devastating floods in 2010, which fled millions of people in the country. Some of her photos were used for UNFPA’s “Stop fistula campaign”. In 2015, she returned to Pakistan twice to continue working on “Always the guest”, her first photo book. She founded the non-profit organization “Bending The Frame”, which creates new platforms and seeks new ways to bring strong photography around the world.

In her lectures she will talk about her book “Always the guest” and tell about her experiences in Pakistan. She will also answer questions from the audience.

Doors open from 7.30 pm. The lecture starts at 8 p.m.
Be sure to visits Wendy’s exhibition in advance at the Sint-Josef residential and care center in Neerpelt.

Including the presentation of the Audience Award.
In collaboration with Qrios, CVO Lino, CVO De Verdieping and our festival partners BreedBeeld, the National Association of Professional Photographers and vzw Studio.